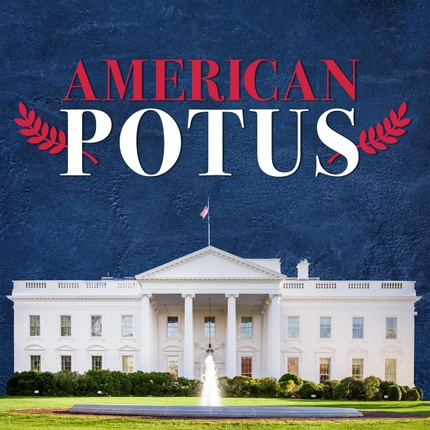 Welcome to the American POTUS podcast

We are obsessed with the presidency at American POTUS.  We believe that the 45 imperfect patriots who have held our nation’s highest office all have something to offer today’s electorate – a perspective that appropriately grounds today’s political conversations in truth and context.  To help us reveal the many layers of each administration, we’ll be joined by the nation’s most influential historians, scholars and experts who have studied every facet of the presidents and the presidency.  Not only will we cover the crucial decisions that changed the world but also the humor, hobbies and quirks that give us a captivating sense of each American POTUS.

“What a fabulous time I had in conversation with Scott and Alan. Their questions about the young JFK and the world in which he came of age were spot on...I’m already scheming about how to get myself invited back to American POTUS.”

More comments about the podcast

THE NATIONAL MUSEUM OF AMERICAN PRESIDENTS